hmm...this is much harder than i thought...actually trying to modify the unicorn that was included in Mangakaninja's EXVS mod...try to turn it into a monstrous boss unit like ephemeral's/bongkee's version of 00 raiser...any ideas, guys??


@editor
The picture is there, its probably your internet that is not loading it. I strongly suggest that you do stop spamming posts like that. Follow through part by part for the tutorial if it is confusing for you. Don't jump parts thinking that you are good enough. Unless you have a very strong common sense and/or you have background knowledge about computer coding, try not to do that.

do you know which number is used for the machine gun attacks? Cannot seem to find it
I mean the ones like the ones MS-98 can fire.
I am working on brave commander test type script. Machine gun attacks are for the 2 side binders

just a new set of ani..so far i wasn't able to complete the second one..

how when SV is not out yet

Agreed. Either its Custom ANI for Windom We have now or I'm confused somewhere. 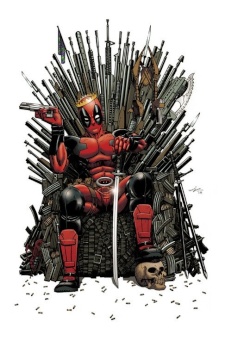 i dont have the model for it yet.but i have the ani.. still figuring out for default sword combo... it would be just near msv not sv.. my idea on sv is just on the it might be using several hodfiles for each moveset making the animation more fashionable.. and the engine which i really dont have any idea like how to disable blitz so on or my intuitions on adding mode like gun mode or sword mode with a supermode..i dont like using trans am mode merely on sword mode or unicorn ntdmode in a sword mode..

in addition to ani ,is that example a move sets of left slash which using 5-6 hodfiles,instead would now use 10 or more its more fashionable watching the mech doing a left slash in just a blink of an eye but allows you to see how it swipes the sword,
on a set of 5 hod the body_d.x would turn like a 180 divide by 5, to complete the turning/rotation, making it quite fast and you cant appreciate the movement that much..

while on a set of ten there is a just a little degree of difference throughout and you can really appreciate the movements, take cartoons as an example. like making a frown bunny to a smiling one ,isn't it nice to have 4 to 6 drawings till the final drawing having the bunny smiling instead of two pictures alone ?

where did you guys get the sv from? I rmb vansnote posted it but i cant find it anywhere atm.. or did he?

perhaps, coz some hod files shows the same position like the 3 hods in sword dash folder ^^ though i made a simultaneous transition effect on the ma mode,yeah im spilling it out, im using windom7 sp4/"Black Meteor"(i just called it this way) as basis for arios right now...

Just relax,there are still a lot in patch 2k8.. Many tutorials made but rare mechs are being made (ani) ,so far i could only enumarate few mechs that stepped d next level..
Rbt's exia, age sparrow,impulse,god gundam.
Bamkai's unicorn,
3dg's kyrios and rahael.
Damocles' infinite justice,jovito's strike freedom and quanta, and the drastic fantastic hod works of MSV.. Note:these haven't yet reached intermediate level...gn particles?shield effect,transitions? All are just an intro.. Though yes these proved my unproven theories which now seem not to be just probability but a posibility.. Who knows what i have in mind right now would be just as a posibility as well.. Lets make patch 2k8 evolve more, (ehemm!! Mech summon,curved beam sabers..real fangs attack..fannels firing bulets,real guided misiles,real voiture lumiere..a lot more)...

Damn! I'm loving your spirit Cr0zzme!
Dude you just gave me the inspiration to study ANI again.
THANK YOU!

Hmm thanks! I'll look into this even further if i have time, or if i dont forget lol

Actually... the script index is the key point if you want to make sword combos that shows every sequence. Then the second is fixing where the SwordCancel will trigger. Next is the Pose HOD. And finally the positioning HOD.

HOD pose is different from the HOD position of the mech.

Spoiler:
The pose is the body.

The position are the swords.

It depends usually on what the string is.

well,its just my point of view, besides,im just fitiing set of hods according to default number of hods per slash.hehe...what im most interested now is adding parts via hod edit.sadly im getting a gigabytes of failures.

cr0zzmeheart wrote:well,its just my point of view, besides,im just fitiing set of hods according to default number of hods per slash.hehe...what im most interested now is adding parts via hod edit.sadly im getting a gigabytes of failures.